Alyssa Edwards On Tour - Becoming Alyssa, The Life Story Of A Traveling Queen 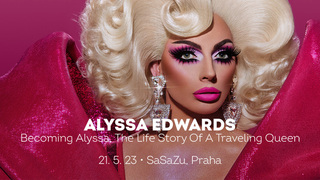 In 2012, Johnson was chosen as one of the 14 drag queens to compete on the fifth season of RuPaul’s Drag Race, where he immediately catapulted to fame for his candid testimonials, outrageous tongue-pops and quirky personality. Four years later, Johnson returned as one of 10 contestants in Season 2 of RuPaul’s Drag Race: All Stars, where he stole the hearts of the audience, ultimately finishing as fourth runner-up.